My name is Victoria. I have many hobbies. I like to cook, make arts and crafts, go hiking, and much more. I love math, science, and computing technologies. I am the founder and president of the Cyber Security Club and the Computer Science Club in El Segundo High School, California. I have been an active participant in robotics and computing technology related activities, including First Robotics Competition (FRC), First Lego League (FLL) competition, CyberPatriot (Air Force Association Cyber Security defense competition), picoCTF (Carnegie Mellon University/NSA Cyber Security competition), the LA Robotics/Arduino club, and the Zero Robotics competition (MIT/NASA programming challenge for programming autonomous space robots in the International Space Station) in middle school, and high school. I am the team captain of the national and the international finalist team of Zero Robotics in ZR 2013 & ZR 2014, and the team captain of our national finalist CyberPatriot team. And now I'm studying Electrical Engineering and Computer Science at UC Berkeley!

I like programming. I started programming when I was eight years old. At school, I am usually the only female programmer, or one of the few female programmers in the team. I was the lead programmer in FLL. I have been coding in Javascript, Java, Python, and C++. I also do independent learning of new technologies such as embedding system programming and electronics using the Arduino during the summers. I started learning blender for 3d animation and have some CAD experience. I took a sheet metal class where I learned to use shears, drills, laser cutters and more. I am slowly but surely learning more and more about Computer Science at university!

I play leadership roles in the Cyber Security competitions such as CyberPatriot and teach new members. I had reached out to El Segundo Middle school to recruit and train members for a new CyberPatriot team in the middle school. The team became an award winning team for the middle school division that won several first place titles. I led the Zero Robotics inter-team alliance for our high school team that achieved the ISS (International Space Station) finalist title. I am a national Runner-Up and a Southern California regional award winner for the NCWIT (National Center for Women and Information Technology) Aspirations in Computing Awards in both 2014 and 2015. I was a paid high school software development intern in Northrop Grumman Corp in the summer of 2015 and a research scholar in the UCLA School of Engineering's High School Summer Research Program (HSSRP) in the summer of 2014. You can see my work here: http://esc.seas.ucla.edu/professor-suhas-diggavi-2014/. My classes are mostly Honors and AP level. 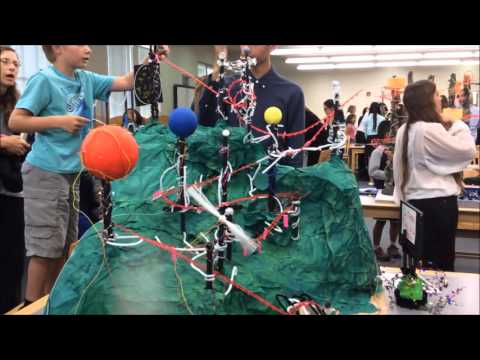 3D Model made in Blender